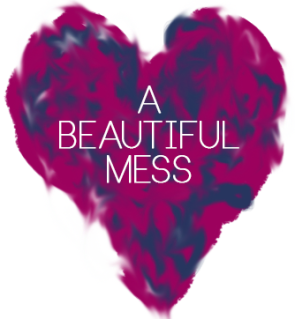 A seemingly simple word that I think has one of the most complicated meanings in life. I’m a self proclaimed lover of love, but lately my admiration has been challenged.  What I called love has failed too often and I’ve started to lose faith.  This hopeless romantic needed to redefine love before the word romantic dropped off and I was just left hopeless.

So, I consulted Webster and the Thesaurus  (side note:  Do you ever think of a dinosaur when you say the word thesaurus?  Instead of spitting out black sticky venom like that nasty little somethingsaurus in Jurassic Park, it spit out synonyms and antonyms.  Anyone? No? just me? … moving on.)

And Thesaurus (that clever little dinosaur) came back with:
feel affection for; adore; worship; be devoted to; care for; find irresistible; be keen on; be fond of

Hold up just a second Webster, where is the part about drawing hearts all over your notebook, dreaming up your perfect wedding on Pinterest and living happily ever after?  I didn’t see the word fairytale mentioned once!

Call me naive,  but I always had this vision of what love was suppose to be. It looked something like a Nicholas Sparks movie.  It blossomed in small towns with adorable main streets, mostly in North Carolina or after overcoming some kind of antagonist.  Love happened when things just magically fall into place.  When butterflies filled your stomach.  When it felt like the birds were singing just for you.  When you find someone who you never fight with.  love was someone making you happy, giving you a ring, saying it’d last forever in front of your friends and family and then living happily ever after.  Or at least that is what I always envisioned love to look like.  Even after my divorce, I clung tightly to this vision and waited patiently for my knight in shining armor to rescue me from the flame breathing dragon called single life.

But recently I had an epiphany.  Love isn’t the pretty, perfectly packaged bits, it’s the parts that are messy and unkempt.  Love is the part that they leave out of the romcoms.  Love is the part that seems taboo to talk about.  It’s not the butterflies or the diamond ring.  It’s not even saying vows you say before your friends and family.  It’s how you live out those vows, it’s how you face challenges and its how you deal with the shit life hands you.  It’s not a feeling, but rather your actions.  It was like a lightbulb went on.

Lately, I have been seeing love all around me.  It’s not nearly as put together as I had once imagined, but honestly,  it’s far more beautiful. Like a Jackson Pollock, it’s a disaster, but when you really look at it, it’s easy to see the complexity of its beauty.

I’d like so share some love stories with you all this weeks. These love stories aren’t my own, but rather my version of love as I see it, in all its chaotic splendor.  Join me tomorrow for my first beautifully messy story.

One thought on “The Messy Bits”